On 26th May 2014, Reputation Managers became corporate sponsor of the third edition of the “Dwie Godziny dla Rodziny” (Two Hours for the Family) campaign developed by the Humanites – Sztuka Wychowania (Art of Parenting) charity. The campaign, which drew support from the United Nations, was headed by the wife of the President of Poland, Anna Komorowska, acting as a honorary patron, and the Children’s Rights Commissioner Marek Michalak.
The campaign, launched as part of the International Day of Families, aimed to encourage employees to spend more time with their families and strengthen cross-generational relationships. The project’s mission was to support young people in building their identities and to assist families in developing mutual relationships through openness and conversation. 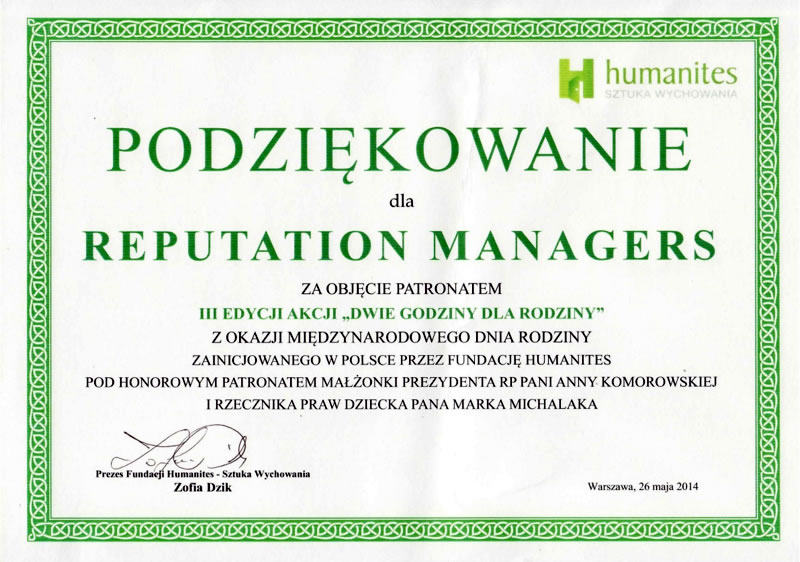 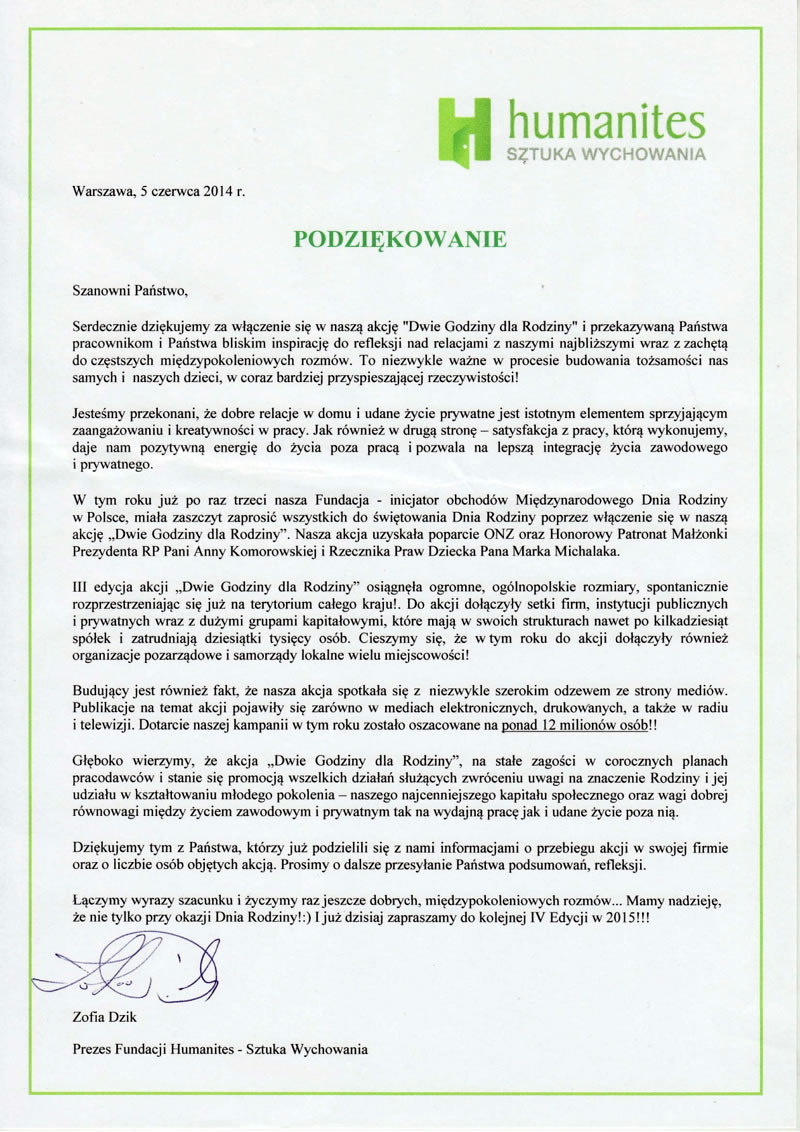